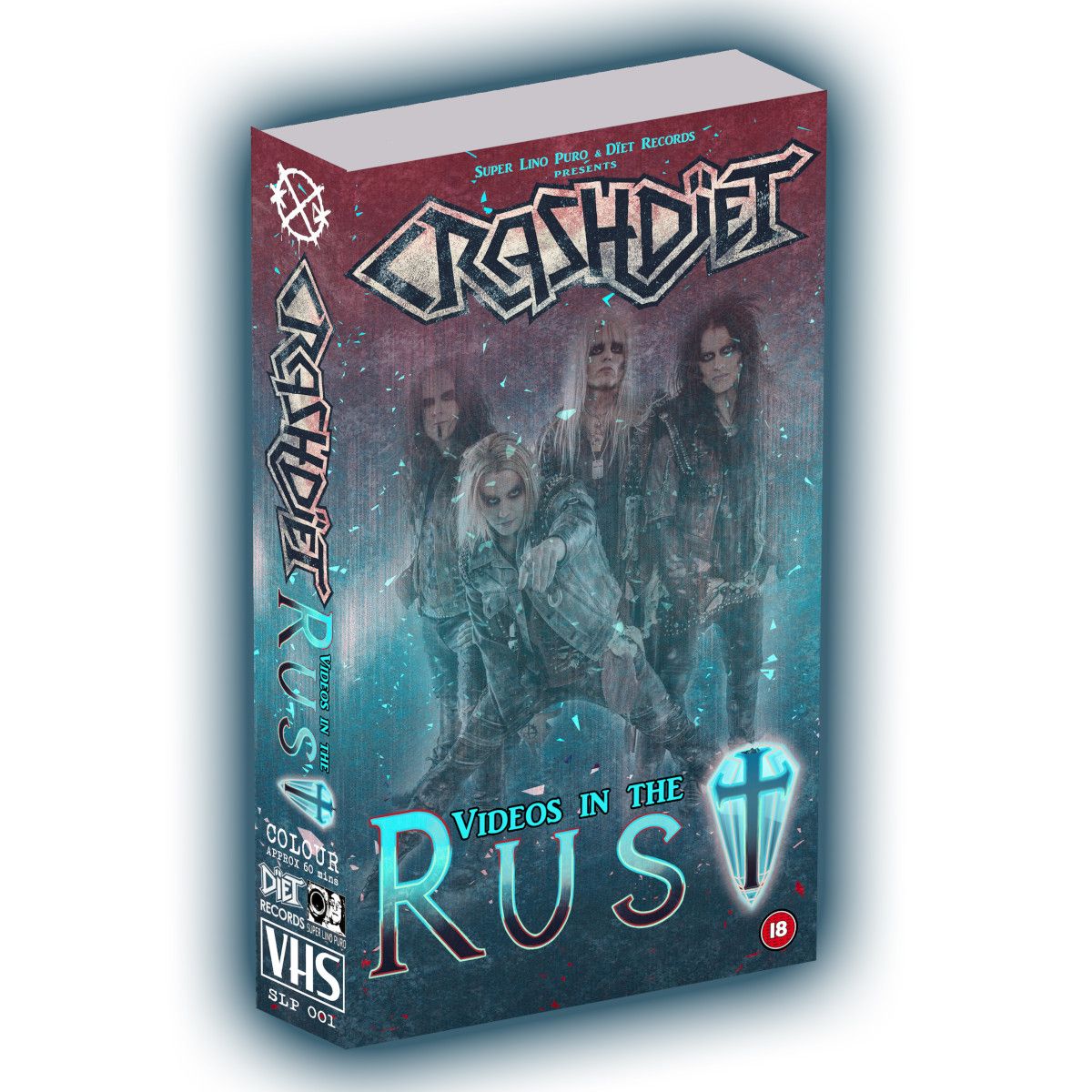 Videos In The Rust VHS

More copies will be available soon. Not all of the 35 tapes I had available made it through our strict quality control, and we're currently waiting for more tapes. Hit the "Notify me"-button below to stay informed! Cheers Peter London

The idea of releasing a VHS tape has been on our drawing board for quite a while. I've always had a fetish for VHS, and when it turned out our video guy Jimmy shares my interest in obsolete media, releasing a VHS felt like the natural thing to do. After all, the Rust album is available on both cassette and minidisc, and not letting a videocassette accompany these two would be a shame.

We've included some never-before-seen footage, such as bloopers & outtakes from the "Idiots" video, plus some coverage from our first show with Gabriel in Stockholm 2018.

This is a proud joint effort between Diet Records and Super Lino Puro, mostly made by hand. Suppliers of VHS tapes are few nowadays, so the best option was to do it ourselves. I have personally copied each tape, using old gear I've somehow managed to keep throughout the years. All tapes are second hand, and you're likely to catch the last minutes of a random Disney movie (in Swedish) after our approx. 65 minutes of footage which is a nice bonus!

This first edition is limited to 35 copies, they're hand-numbered and made with lots of love & passion. The sound is in stereo, and we have both PAL & NTSC versions available.